Paritosh (name changed to maintain confidentiality) and I had just finished greeting each other and had parted ways. A few seconds later I was told he was sitting on the stairs refusing to budge. I walked up to him and asked him what the matter was, he replied, “Aunty, I’m feeling unconscious.” He seemed physically fine but kept repeating it several times. I asked him if I should call the ambulance to take him to the classroom to which he nodded in agreement. So I called for two senior students who were kind enough to serve as our emergency ambulance. They reported that he was perfectly fine and was just acting to be sick.  I went to his classroom to make sure our patient was comfortable. He was at the back of the classroom, refusing to take his seat. When he saw me he said he was feeling unconscious and couldn’t sit in his place. Since he requested for a doctor I escorted him to our in-house specialist who has years of experience dealing with a wide range of patients our very own Dr. Rita James : )

Dr. James patiently listened as Paritosh expressed his ailment. She empathized with him, held his hand and prayed for his healing. Then she said she would give him a magic pill that would cure him. She asked him to close his eyes, while he obediently obliged, she quietly pulled out a sweet from her draw, unwrapped it carefully and popped it in his mouth and said, “This magic pill will make you strong and give you the needed energy.” He thanked and left her office. The magic pill worked instantaneously, he was seen running up the stairs towards his classroom.

So in case you know of any patient who is in need of a magic pill you know whom to contact! 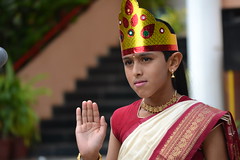 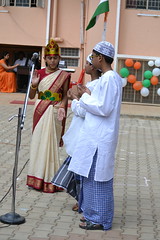 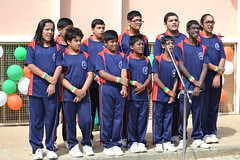